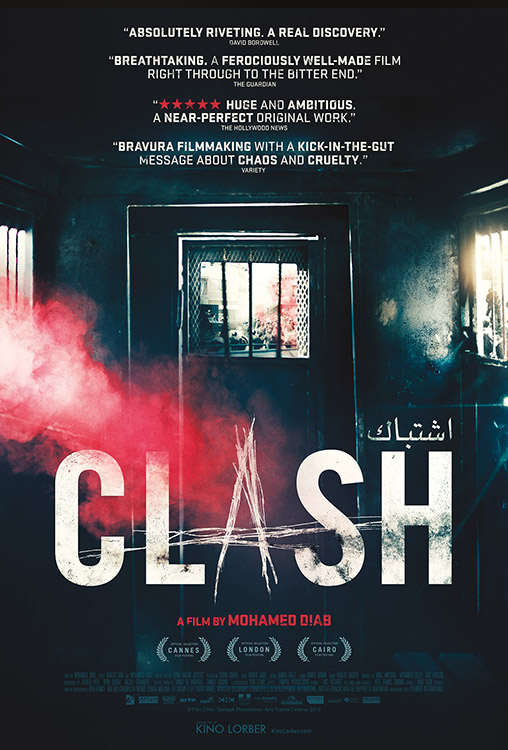 Set entirely within the confines of a police van, CLASH dramatizes the ongoing political unrest in Egypt two years after the Arab Spring. It’s 2013 and mass protests have led to the ouster of the ruling Muslim Brotherhood by the army. A series of arrests finds rival demonstrators trapped in a paddywagon together under the threat of impossibly stifling heat. From this simple setup, Mohamed Diab weaves a white-knuckled tale of resistance and shared humanity that artfully evokes the political fault lines in the Arab world’s most populous nation.

“Bravura filmmaking with a kick-­in-­the-­gut message about chaos and cruelty.”

“Breathtaking. A ferociously well-made film right through to the bitter end.”