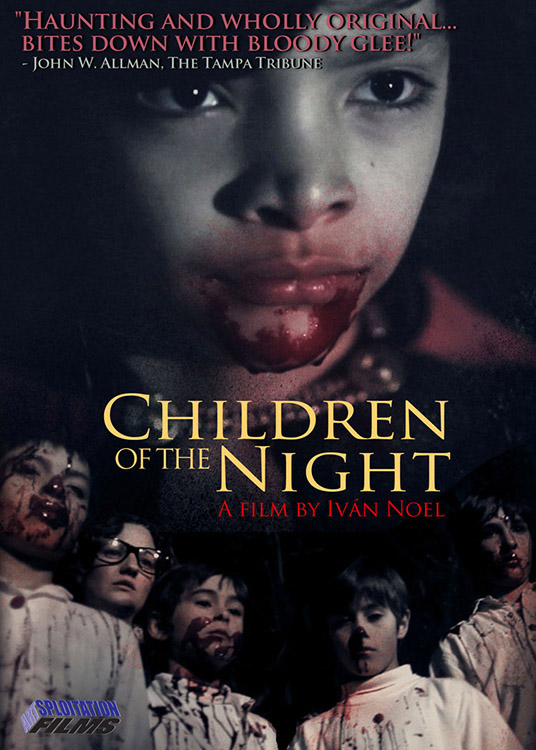 Children of the Night

A secluded colony of child vampires come under attack from vengeful villagers in this darkly funny horror tale by Argentinean filmmaker Ivan Noel. A journalist visits a secluded orphanage where children suffer from an unknown skin disease. She soon learns that they are in fact not children, but vampires aging from 4 to 120 years old and who have been bitten at an early age and forever remain in that physical state. They are led and protected by a strange and deeply religious ex-nurse whose destiny in life is to find these ‘lost souls’ and raise them in her sanctuary. Through religious teachings, nocturnal rituals and the occasional visit to local towns for fresh human blood, she keeps them safe - that is until a cultish band of men from a nearby village plot to destroy the refuge. Now the children, headed by the 90-year-old grandson of Count Dracula, must defend their way of life.