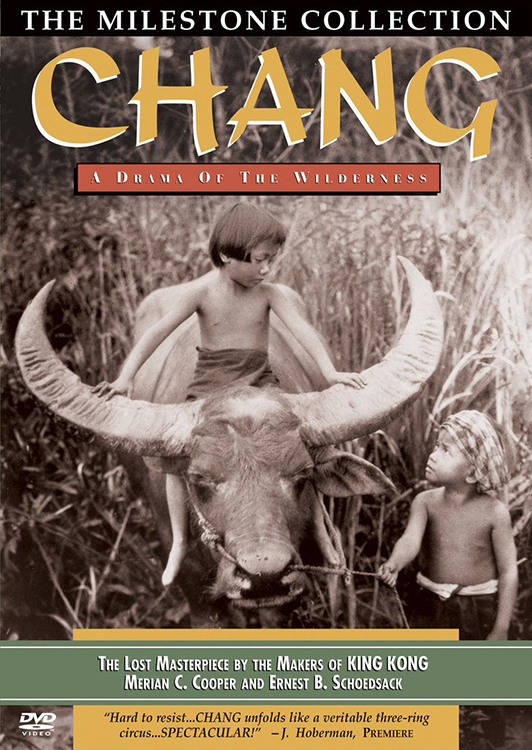 Chang: A Drama of the Wilderness

Before they imagined the oversized ape, King Kong's creators filmed this magical story of a Thai family's struggle to survive the forces of nature. Shot entirely in Siam, the film tells of a farmer and his family settled on the edge of a massive jungle. While the neighborhood may seem idyllic, their neighbors – including bears, tigers, and a stampede of elephants – test the family's patience with their new surroundings. Featuring one of the most terrific sequences shot with real animals put to film, CHANG: A DRAMA OF THE WILDERNESS is sure to tantalize modern audiences with a brand-new score from composer Bruce Gaston and performed by the world-famous orchestra Fong Naam.


Crew
Directed by Merian C. Cooper and Ernest B. Schoedsack