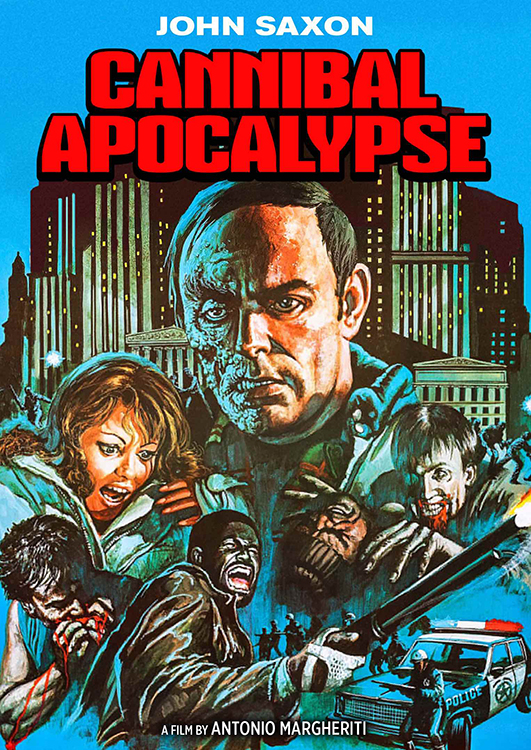 The horrors of war take on a whole new meaning for Vietnam vet Norman Hopper (John Saxon, Nightmare Beach, Evil Eye, Queen of Blood), whose quiet domestic life in Atlanta is shattered by the return of Charlie Bukowski, a combat buddy who dredges up terrifying flashbacks of flesh eating and bloodshed in the war-torn jungles. Now on the run from the law after taking a bite out of an unwilling victim, Charlie begs Norman to help him get out of town with another fellow veteran, Tom (Tony King, Report to the Commissioner, The Raiders of Atlantis). Soon the ragtag team of cannibals are fighting for their lives, spreading a deadly contagion through the city before heading into the sewers for a gut-wrenching climax no one will soon forget! One of the most infamous Italian horror films of all time, CANNIBAL APOCALYPSE was heavily censored in many countries where it played under such titles as Cannibals in the Streets and Invasion of the Flesh Hunters. Now you can finally experience this thrilling collision of action-packed combat and monstrous horror from cult director Antonio Margheriti (The Long Hair of Death, Castle of Blood, Take a Hard Ride, Killer Fish) in its original gory splendor for the first time in fully restored HD! Not for the faint of heart or those with full stomachs!