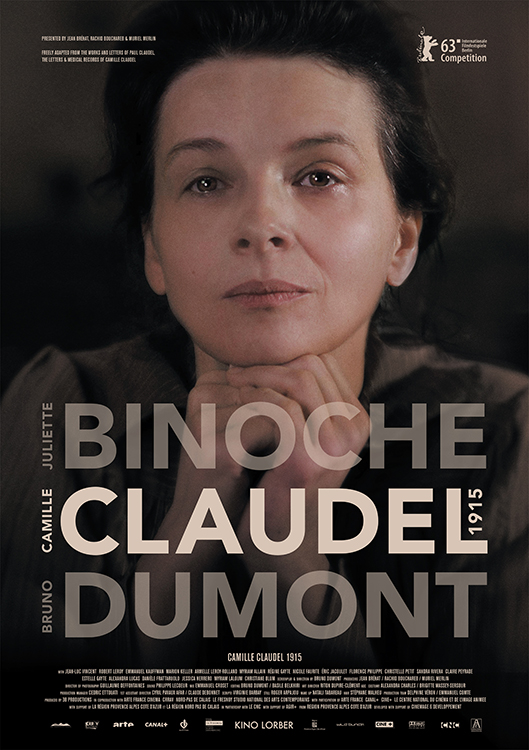 In CAMILLE CLAUDEL 1915, Juliette Binoche gives a mesmerizing performance as Auguste Rodin's protégé (and later mistress), and sister of the Christian/mystic poet Paul Claudel. Inspired by the correspondence between Paul and Camille, writer/director Bruno Dumont (Humanité, La Vie de Jesus) focuses on Camille Claudel's struggle to find understanding and recognition as an artist - and the moments before her brother's visit while she is confined to a mental institution.

Shot in a real psychiatric asylum, Bruno Dumont brings together a supporting cast comprised of real-life patients and their actual nurses that, alongside Binoche, create an emotionally intense ensemble - and a rare cinematic experience. While the camera rarely ventures outside of her prison's thick walls, the story of Camille Claudel's 29-year confinement is in itself a tale of defiance against social norms - and a testament to the power of creativity and fortitude.

"It's arguably the writer-director's finest achievement yet..." - Geoff Andrew, Time Out London

"It's a strong feat of directing and acting, one which confirms Binoche's dedication to difficult and elaborate roles..." - Jordan Mintzer, The Hollywood Reporter

"...an incredibly contained performance that ranks among the best of her career" - Eric Kohn, Indiewire