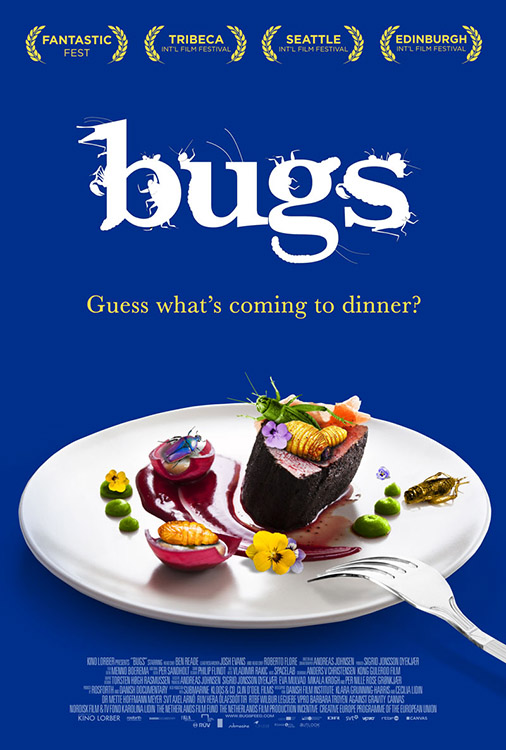 With global food shortages on the horizon, forward-thinking chefs, environmentalists and food scientists are turning toward an unexpected source of protein: insects. BUGS is an artful and thoughtful new documentary that provides a perfect entry point to insect cuisine. For three years, a cast of charming and brave food adventurers from the Nordic Food Lab traveled the world—from Europe to Australia, Mexico, Kenya, Japan and beyond—to learn what some of the two billion people who already eat insects had to say. Filmmaker Andreas Johnsen followed them as they foraged, farmed, cooked and tasted everything from revered termite queens and desert-delicacy honey ants to venomous giant hornets and long-horned grasshoppers.

“Hugely entertaining. Somewhere between Jiro Dreams of Sushi and Food, Inc., at the intersection of culinary adventure and social justice.”

“Lively and thoughtful. Though it might initially look like a wacky foodie adventure show, Bugs has a conscience.”