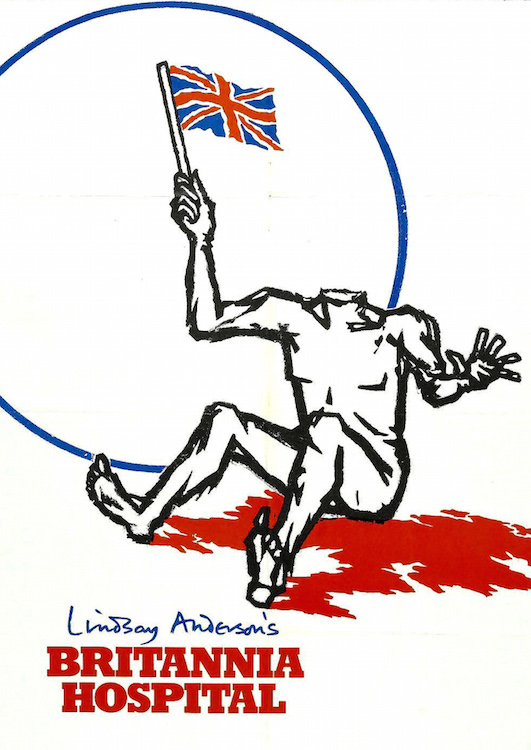 Reporter Mick Travis (Malcolm McDowell) is shooting a documentary on Britannia Hospital, an institution that cleverly satirizes the worse aspects of British Society. On the day of his shoot, Her Royal Highness Queen Elizabeth I is scheduled to visit the hospital in order to inaugurate a new wing, where scientific experiments led by the sinister Professor Millar (Graham Crowden) will take place. The hospital employees, administrators and patients, from the cooks who refuse to cook, to the painters who hate to paint, to a cannibalistic foreign dictator who protestors want expelled from the hospital for good, will all come together to make Her Royal Highness's visit a true nightmare – and Travis' doc a film to remember.