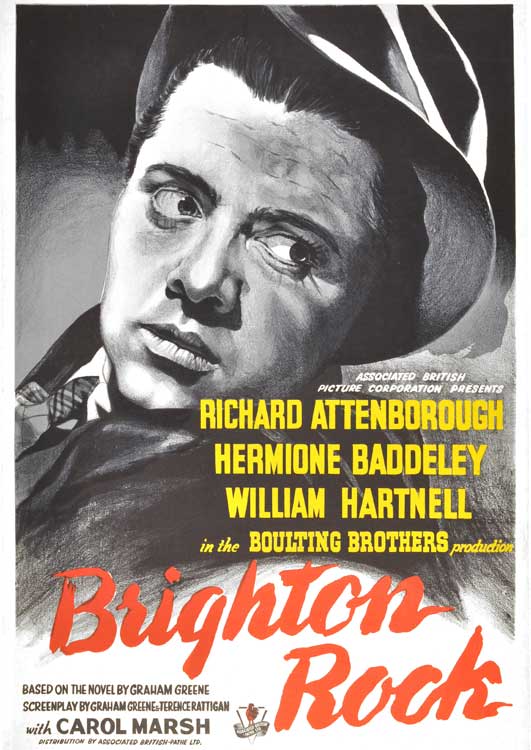 When journalist Fred Hale winds up dead while investigating gang-related murders, the police believe it to be a suicide. This doesn't convince Ida Arnold (Hermoine Baddeley), who was with Fred just before he died, and she sets out to find the truth. On the trail of the true murderer, she becomes romantically involved with young hoodlum Pinke Brown (Richard Attenborough)...but unbeknownst to Ida, Pinkie is the very murderer she's looking for! In an attempt to keep Rose quiet, Pinkie marries her, but with his gang beginning to doubt his ability and his rivals preparing for an attack, Pinkie starts to become more desperate and violent, threatening the truth to come out.

Adaption of novel by Graham Greene.