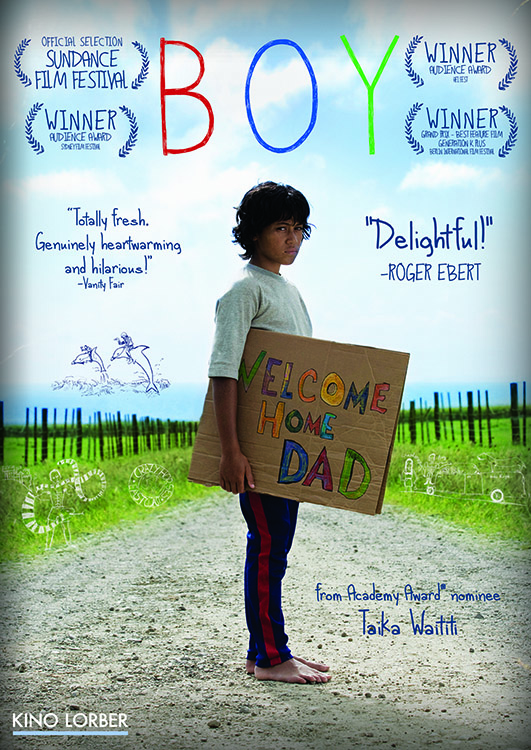 During summer break in 1984, eleven-year-old Michael Jackson fanatic "Boy" (James Rolleston) has the adventure of his life. With his mother dead and father AWoL, Boy becomes the head of a household full of kids when his Nana leaves town for a funeral. It starts as just another few weeks of fruitless pining for classmate beauty Chardonnay (RickyLee Waipuka-Russell), but then his Dad (writer-director Taika Waititi, Thor: Ragnarok) rolls up in a vintage car with his Crazy Horses gang, and Boy's life turns upside down. There are treasure hunts, fistfights, and falling-outs, as Boy grapples to learn why his Dad left the family so long ago.

Waititi adopts a fanciful deadpan tone that's part Wes Anderson and part Flight of the Conchords (for which Waititi directed), complete with child-like animations and hilarious re-enactments of Michael Jackson music videos. It's one of the most creative comedies you'll see all year.

"This unpretentious comic tale of a youngster's growing relationship with a long-absent father has a surprising rhythmic genius: joy juxtaposed with humiliation, silliness with sadness, fantasy with reality, and none of it formulaic." - The New York Times