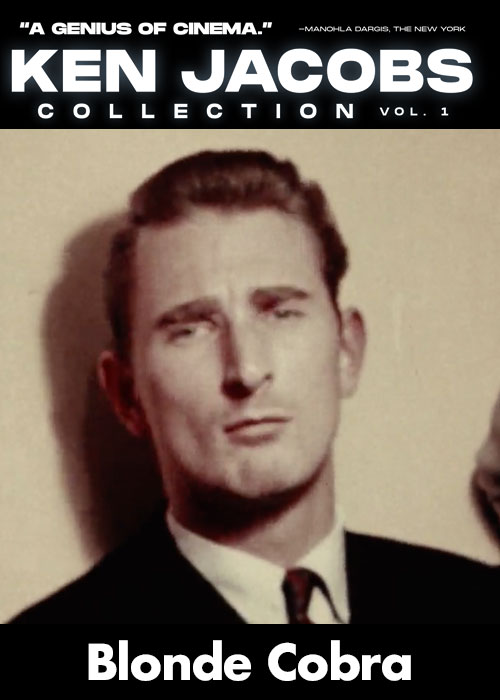 Ken Jacobs is one of the most wildly creative and influential film artists and teachers in the history of the medium. Jacobs, born in Brooklyn, NY in 1933, studied Abstract Expressionism with Hans Hofmann before turning to filmmaking – where he became a prolific member of the underground scene, along with contemporaries Jonas Mekas, Jack Smith, and Stan Brakhage. His early films use NYC as a poetic landscape and as a setting for Smith’s carnivalesque performances. BLONDE COBRA (1963, 34 minutes) is preserved by Anthology Film Archives.