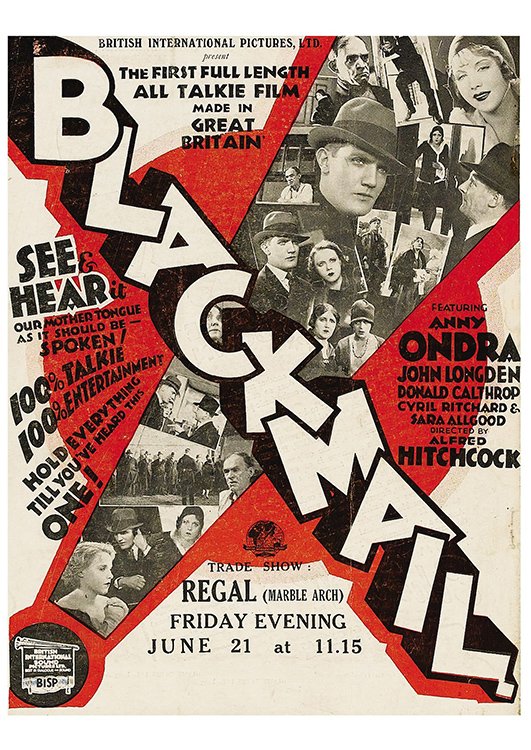 From the Master of Suspense, Alfred Hitchcock, the legendary director of Notorious, Lifeboat, North by Northwest and Psycho comes this thriller about a woman fighting off a sleazy blackmailer. BLACKMAIL was Hitchcock’s first full-length sound film and was only his second foray into the suspense genre. Grocer’s daughter Alice White (Anny Ondra, The Manxman) kills a man in self-defense when he tries to sexually assault her. Her policeman boyfriend, Detective Frank Webber (John Longden, The Skin Game), covers up for her, but she has been spotted leaving the scene by a petty criminal who starts to blackmail her. Based on a play by Charles Bennett (Foreign Correspondent, The 39 Steps) and co-starring Sara Allgood (The Lodger).