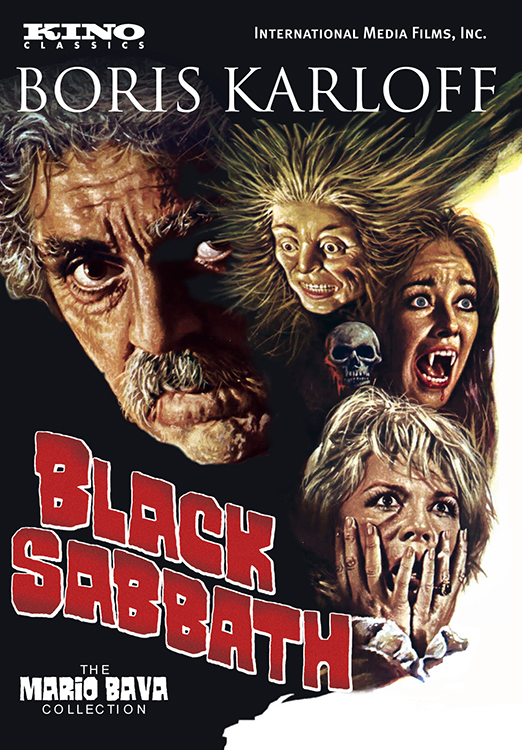 One of the great horror anthology films, and Mario Bava's personal favorite of his works, BLACK SABBATH solidified the director's reputation as Europe's maestro of the macabre. In "The Telephone," a woman is haunted by menacing phone calls from a former lover. "The Wurdulak" stars Boris Karloff as a vampire hunter whose family is stalked by the wandering spirit of an undead ghoul. "A Drop of Water" involves a nurse who steals a ring from a corpse-not realizing the curse that is carried with it.

This Kino Classics edition showcases Bava's original European cut of the film (I tre volti della paura, or Three Faces of Fear), before it was re-edited and re-scored for American release.