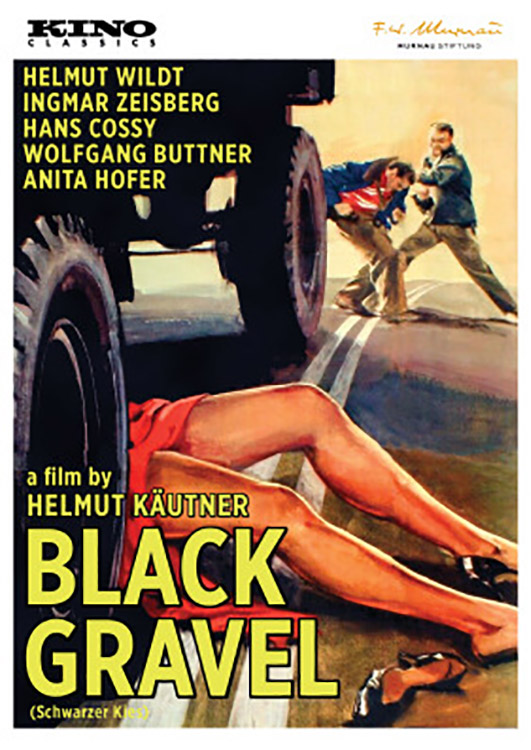 In this gripping Cold War noir, tensions simmer between residents of a small German village and the soldiers of a U.S. military base. Postwar economic hardship has turned the town of Sohnen into a vice district. The women serve as entertainment for the GIs, while the men struggle for survival in the black market. Helmed by Helmut Käutner (Port of Freedom), BLACK GRAVEL is hardboiled cinema at its most cynical, recalling such white-knuckle thrillers as Henri-Georges Clouzot’s The Wages of Fear and Jules Dassin and A.I. Bezzerides’s Thieves’ Highway. Upon its initial release, BLACK GRAVEL was criticized for its honest depiction of lingering antisemitism—and the film was re-edited for general release. This Kino Classics edition presents both the uncensored “Premiere” cut and the revised “Distribution” version, both meticulously restored by the Friedrich-Wilhelm-Murnau-Stiftung.