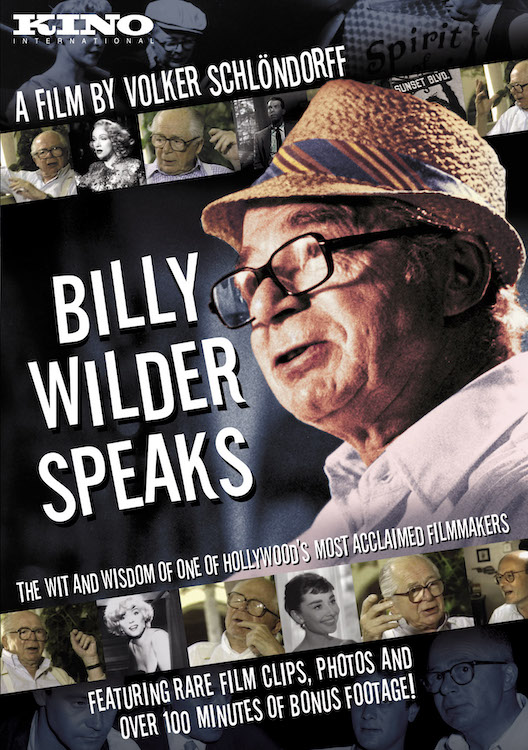 Illustrated with film clips, rare photographs and artwork, BILLY WILDER SPEAKS is a lively lesson in filmmaking, from one of its undisputed masters. In a series of filmed interviews conducted by Academy Award-winning filmmaker Volker Schlöndorff (The Tin Drum), acclaimed writer/director WIlder (Sunset Blvd., Some Like It Hot) recounts the achievements and pitfalls of his 60-year career. As one might expect from the maker of The Apartment, Double Indemnity and Sabrina, Wilder peppers his conversations with hilarious anecdotes, keen insights into the craft of moviemaking and frank advice about the art of survival in Hollywood.