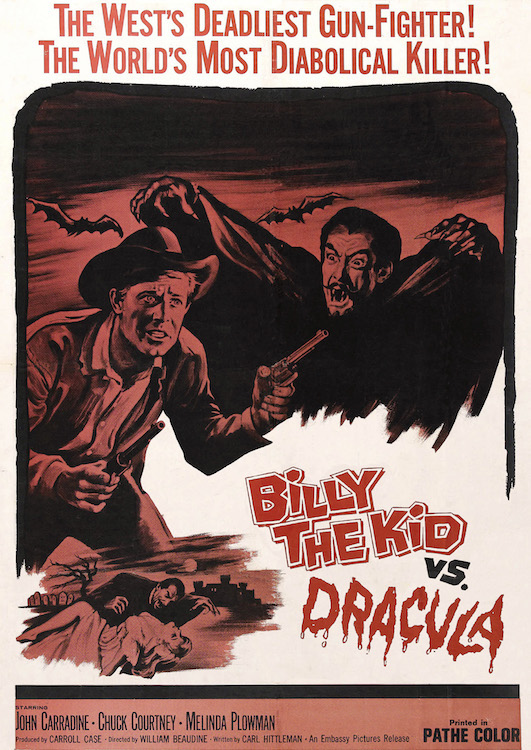 Billy the Kid vs. Dracula

The vampiric count Dracula journeys from his homeland to the Old American West. While riding on a stagecoach, he learns that one of the passengers is on her way, along with her brother, to meet her daughter at her ranch. Dracula arranges for some Native American tribesmen to attack the stagecoach and kill everyone within, allowing him to assume her brother's identity and intends to make the daughter his prey. Upon his arrival, he meets the daughter and her rugged fiancé – William Bonney, aka Billy the Kid. Billy quickly realizes the count's true nature, but thanks to his past life as a con man and brute, no one believes him!