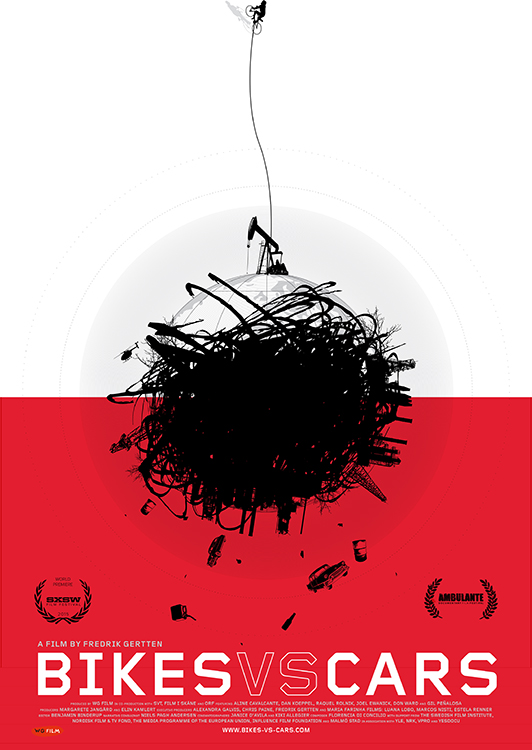 Deep down, we all know we need to talk about it: Climate, earth's resources, cities where the entire surface is consumed by the car. An ever-growing, dirty, noisy chaos created by gas-consuming machines. Cars would seem to provide the lure of freedom, but in many places, traffic is so bad that drivers spend hours every day just going short distances. The bike is a great tool for change, but powerful interests who gain from the private car invest billions each year to lobby and advertise to protect against the encroachment of bicycles. Meet activists and thinkers who are fighting for better cities, who refuse to stop riding despite the increasing number killed in traffic.

"An offbeat documentary that nevertheless deals with a serious subject...a provocative look at the longstanding conflict between private motorists and kinder, gentler forms of transportation" ***1/2 Video Librarian