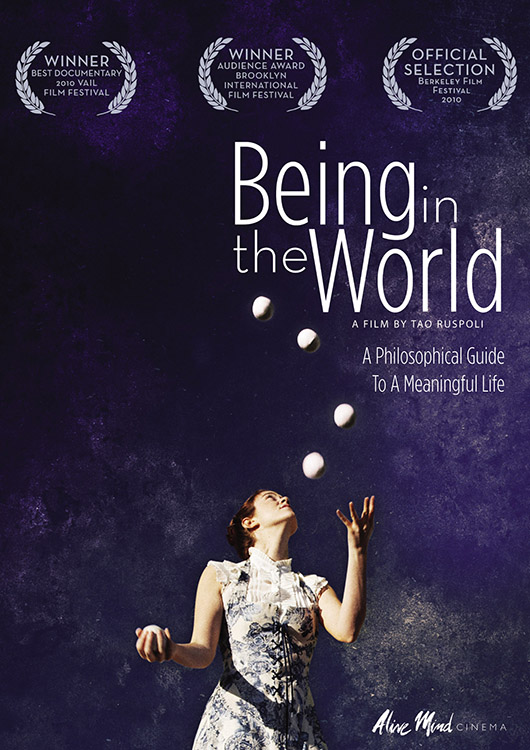 Being in the World

Ten years after graduating with a degree in philosophy from UC Berkeley, filmmaker Tao Ruspoli returned to visit his one-time professor, world-renowned philosopher Hubert Dreyfus. That visit led to meetings with a whole generation of philosophers whom Dreyfus had taught, which subsequently sparked the inspiration for this film. Being in the World raises the question of whether we have forgotten what it means to be truly human in today's technological age, and proceeds to answer this question by taking a journey around the world to meet a whole host of remarkable individuals, including Manuel Molina, the legendary poet and flamenco master; Leah Chase, affectionately known as the Queen of Creole Cuisine; and Hiroshi Sakaguchi, a master carpenter from Japan. By showing how these modern day masters approach life from within their chosen fields, Ruspoli's film celebrates the ability of human beings to find meaning in the world through the mastery of physical, intellectual, and creative skills.