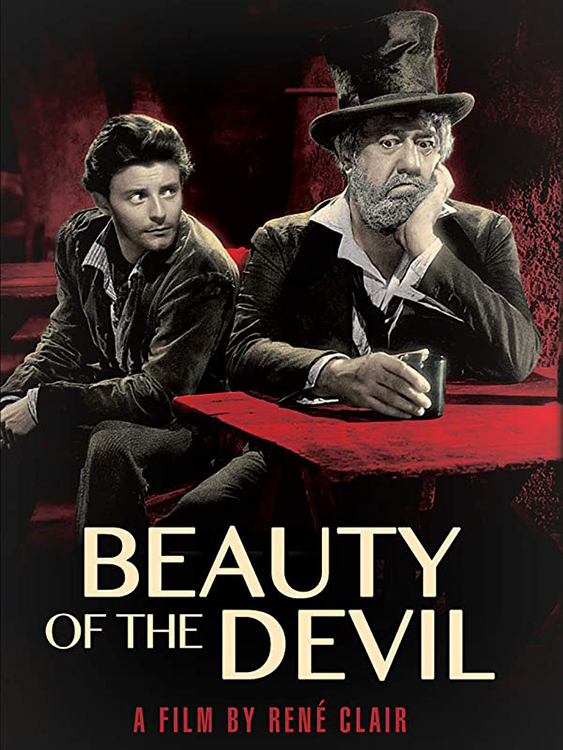 Beauty of the Devil

Professor Henri Faust, retiring after 50 years as an alchemist in a circa-1700 university, despairs at still knowing nothing of the true secrets of nature...whereupon his old acquaintance Mephistopheles, servant of Lucifer, appears and grants him youth and a new life. But with youth, Faust's interest is diverted from science to women. And Mephistopheles, who has taken on the guise of the elderly Faust that was, sets many snares for his young friend's slippery soul.

Michel Simon and Gerard Philipe star in this imaginative retelling of the Faust legend. Approaching the end of his life, a prominent professor of alchemy (Simon) makes a bargain with the devil that will gain him youth, fame, and riches in exchange for his soul. Master filmmaker Rene Clair creates an allegorical fantasy that is at times both whimsical and tragicomic.

"One of the great films." - The New York Herald Tribune