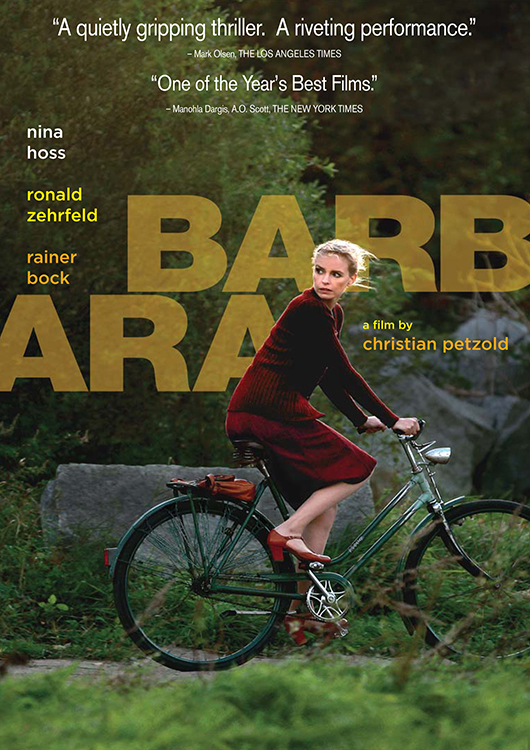 East Germany, 1980. Barbara Wolff is a young doctor who has applied for an exit visa from the GDR and, as punishment, has been transferred from her prestigious post in Berlin to a small pediatric hospital in the country. She must weigh her absolute dedication to her patients against a potential escape to the West, and her newfound attraction to a doctor in whom she sees a kindred spirit. In German with English Subtitles.

"Hoss, wearing her blond hair pulled back tight, and wearing an expression of inscrutable melancholy, gives a performance that doesn't feel like a performance at all. Her Barbara is absolutely real, and absolutely trapped. The film is aching, and exquisite." - Philadelphia Inquirer

"Petzold is a master at creating the kind of tension that can be felt on a subterranean level, a sort of acute uneasiness that can't be easily diagnosed, fixed, or even acknowledged by the characters...This is well-trod ground for Petzold, but never has it been so fully realized, so palpable, as in "Barbara." - CHICAGO SUN-TIMES

"It persuades us early on that its aura of political tension and suspicion, its taciturnity, its very strictness of silent observation as it begins, are fostering an intelligent thriller. - THE NEW REPUBLIC