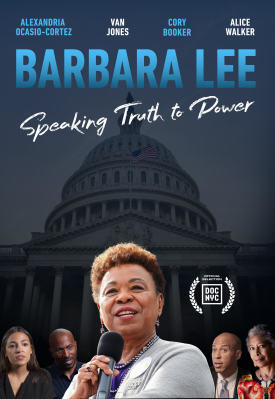 With unique access to a sitting member of Congress, 'Barbara Lee: Speaking Truth to Power' tells the complex story of Rep. Barbara Lee, a steadfast voice for human rights, peace, and economic and racial justice who was the lone vote in opposition to the broad authorization of military force following the September 11th attacks and is the highest-ranking African American woman in the United States Congress.