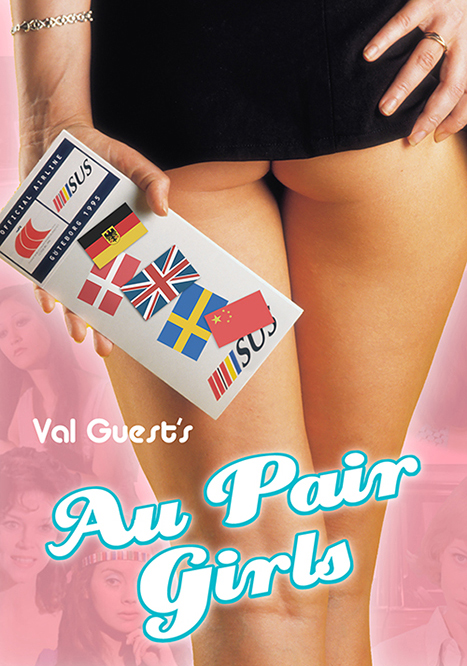 Eager to capitalize on the Euro sex film trend, but not quite ready to delve into pure pornography, British filmmakers of the early 1970s crafted their own genre of tongue-in-cheek sex spoofs. Helmed by veteran director Val Guest (The Quatermass Xperiment, Expresso Bongo), AU PAIR GIRLS represents slap-and-tickle cinema at its finest, as it follows the sexual misadventures of a group of young women who have come to England to broaden their cultural horizons.

The Overseas Employment agency in London places four foreign mini-skirted cuties in au pair jobs around the city. They are hired to do housework, but end up working overtime for their lucky employers, spending their off-hours in go-go clubs realizing their fantasies of life in swinging London. All four homes are turned upside-down by these super-cool sexually liberated women, and neither they, nor the country, will ever be the same again.