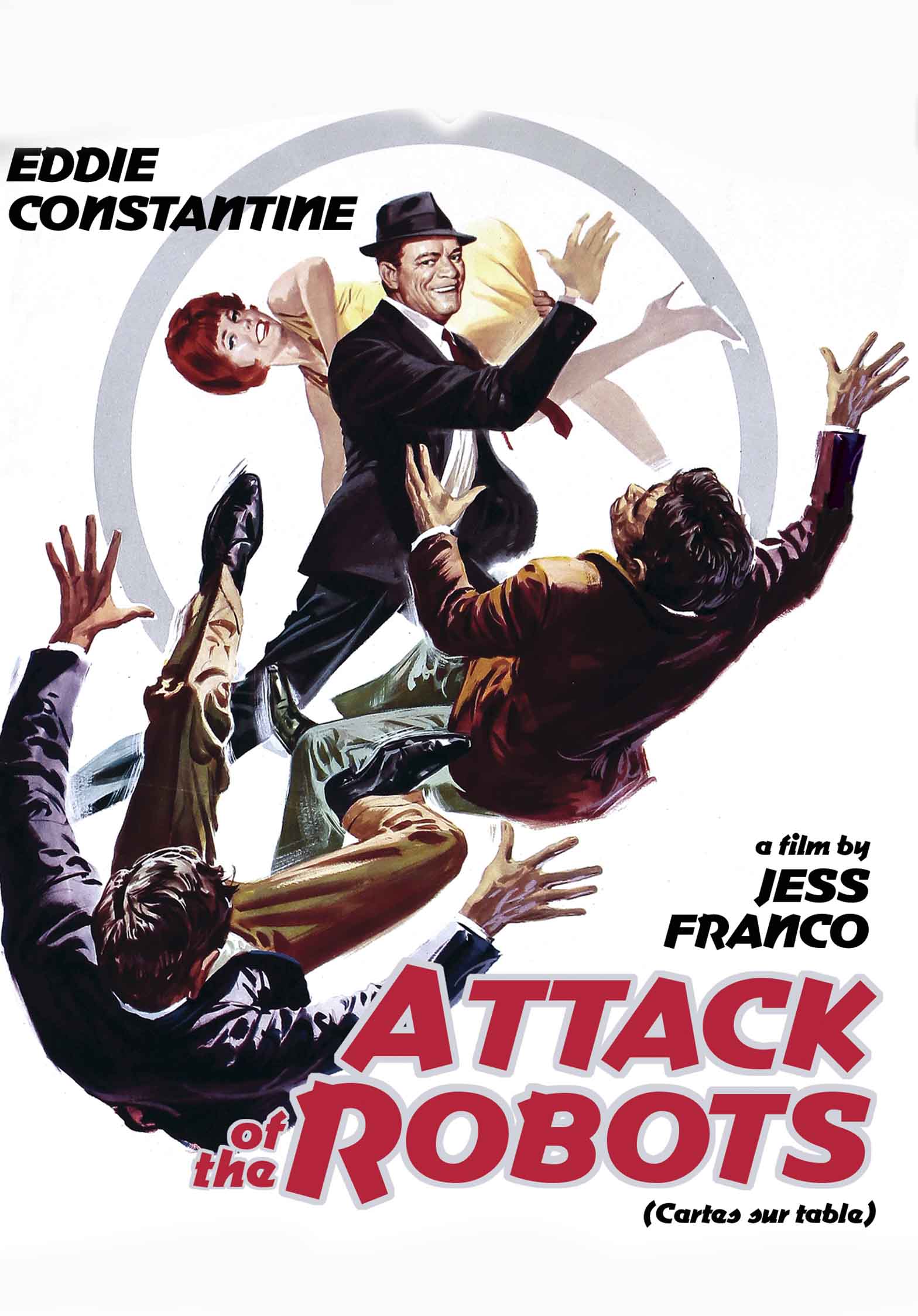 At once an homage to classical Hollywood thrillers and a playful riff on the newly-popular James Bond films, ATTACK OF THE ROBOTS (Cartes sur table) stars Eddie Constantine as a wise-cracking superspy investigating a series of assassinations being performed by ruthless killers with bronze skin and horn-rimmed glasses. The trail of these mindless automata leads him to the lair of a seductive villainess (Françoise Brion, L’Immortelle) who has formulated a computer-powered plot to overthrow the governments of Europe. Constantine, who was popular in France for his two-fisted Lemmy Caution films (including Jean-Luc Godard’s Alphaville), had begun to tire of playing the hardboiled detective, and welcomed the opportunity to take a more light-hearted approach to the genre film. Reflecting director Jess Franco’s passion for jazz (he appears in two scenes as a nightclub pianist), ATTACK OF THE ROBOTS has a spontaneity and playfulness that make it one of his most entertaining films, even as it embraces themes of sadomasochism and mind control that were so integral to his work.