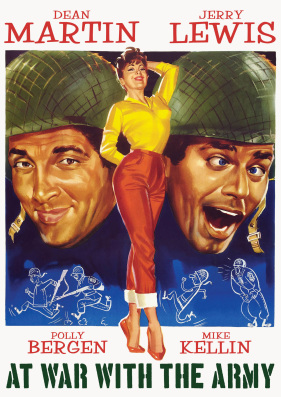 At War with the Army

After their supporting roles in My FRIEND IRMA and MY FRIEND IRMA GOES WEST, AT WAR WITH THE ARMY was the first film starring the legendary duo of Dean Martin (Artists and Models) and Jerry Lewis (Scared Stiff); they went on to co-star in thirteen more comedies becoming Paramount Pictures new comedy team and box office champs. Former business partners enlist in the U.S. Army, and deal with a stern Sgt. while also preparing for an Army variety show.