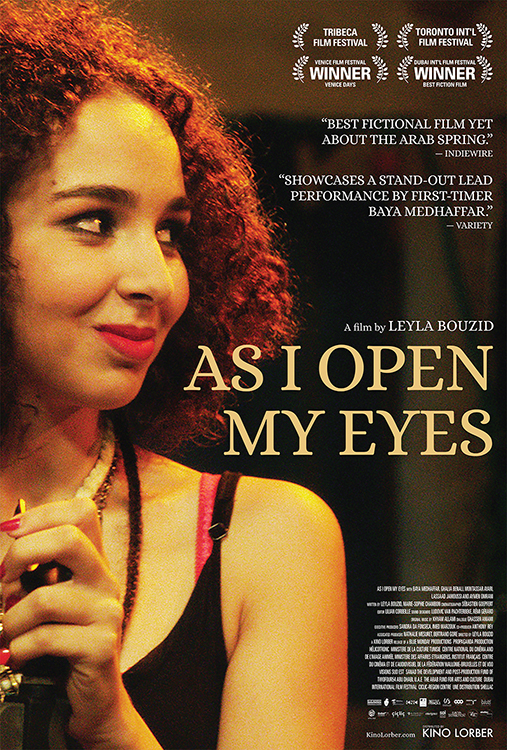 As I Open My Eyes

AS I OPEN MY EYES depicts the clash between culture and family as seen through the eyes of a young Tunisian woman balancing the traditional expectations of her family with her creative life as the singer in a politically charged rock band. Director Leyla Bouzid's musical feature debut offers a nuanced portrait of the individual implications of the incipient Arab Spring.

New York Times Critics' Pick "Ms. Medhaffar has the charisma, if not the voice, of the young Joan Baez." -New York Times

"Best fictional film yet about the Arab Spring." -Indiewire