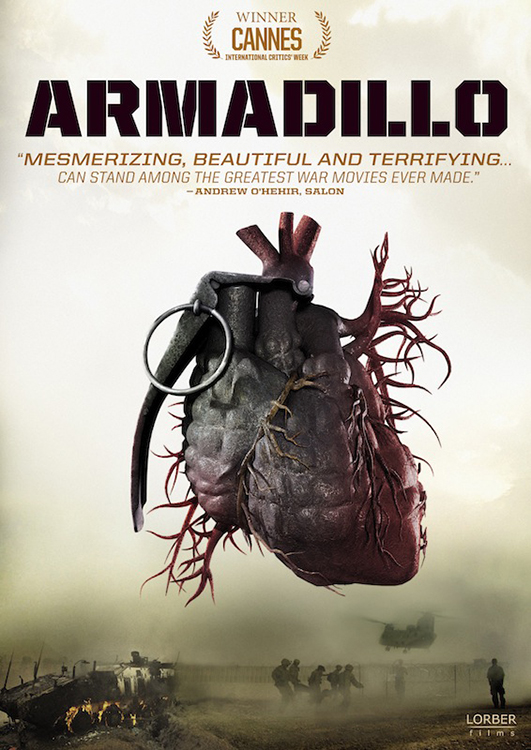 ARMADILLO is a raw and unforgettable journey into the war in Afghanistan. Mads and Daniel are Danish troops joining the NATO mission in Helmand Province. Their platoon is stationed in Camp Armadillo, with Taliban fighters a stone’s throw away. Filmmaker Janus Metz is deeply embedded with the platoon, documenting first-hand the daily grind of modern warfare, tense waiting followed by intense flurries of bloodshed. During gunfights his camera is right at the front line, recording the mortal dangers the troops face daily. Unable to tell Afghan civilians apart from combatants, the platoon’s skepticism of the humanitarian effort grows, as well as their yearning for the black and white morality of battle. Ethical lines are blurred, and a sense of besieged paranoia sets in to their warrior mentality. ARMADILLO is a harrowing journey into the minds of soldiers during a war without end.

"An astonishing leap forward for nonfiction storytelling." - Eric Hynes, The Village Voice
"A mesmerizing, beautiful and terrifying documentary that can stand among the greatest war movies ever made." - Andrew O’Hehir, Salon
"Gut-Punching...Reveals both the horror and adrenaline rush of warfare." - Leslie Felperin, Variety