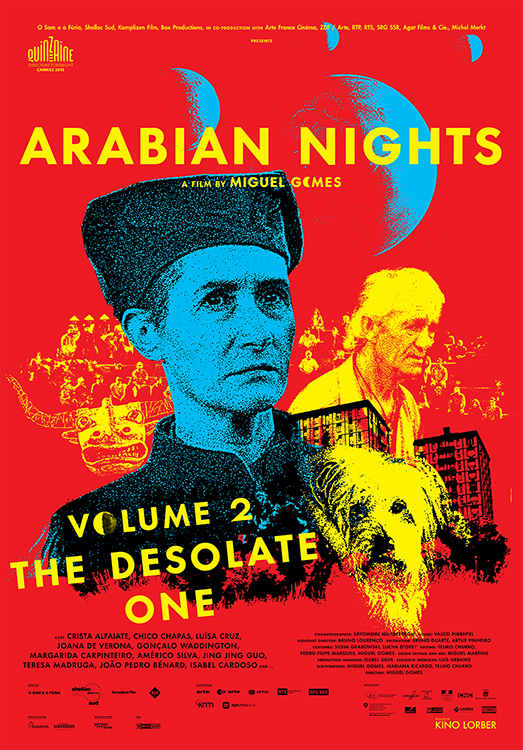 Arabian Nights: Volume 2 - The Desolate One

Arabian Nights: Volume 2, The Desolate One

In which Scheherazade tells of how desolation invaded men: It hath reached me, O auspicious King, that a distressed judge will cry instead of giving out her sentence on a night when all three moons are aligned. A runaway murderer will wander through the land for over forty days and will tele transport himself to escape the Police while dreaming of prostitutes and partridges. A wounded cow will reminisce about a thousand-year-old olive tree while saying what she must say, which will sound none less than sad! The residents of a tower block in the suburbs will save parrots and piss inside lifts while surrounded by dead people and ghosts; including in fact a dog that... And seeing the morning break, Scheherazade fell silent. Damned tales! If things continue this way my daughter will surely end up with her throat slit! the Grand-Vizier, Scheherazade's father, thinks in his palace in Baghdad.