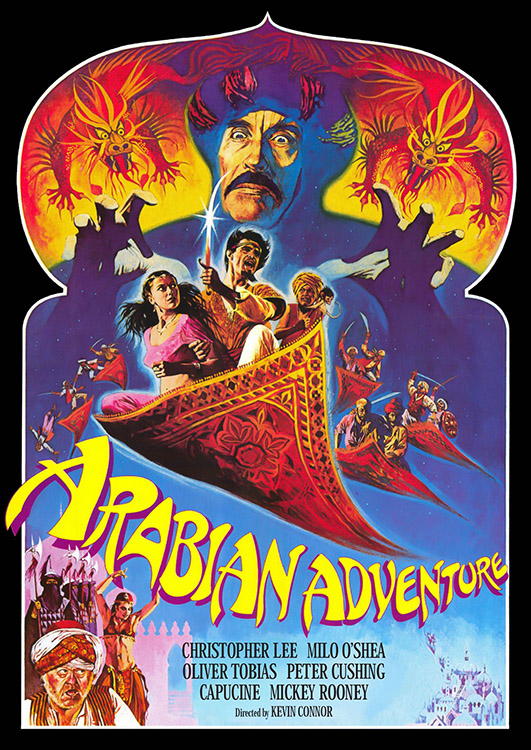 The evil Caliph Alquazar (Christopher Lee, Scream and Scream Again) has his soul imprisoned in a mirror. The only thing now capable of defeating him is the magical Rose of Elil. And so Alquazar recruits the adventurer Hasan (Oliver Tobias, The Stud), who claims to be a prince, to go and obtain the Rose of Elil, promising Hasan the hand of Princess Zuleira (Emma Samms, TV’s Dynasty) in return. Joined by young rogue Majeed (Puneet Sira) and his pet monkey, Hasan fights the perils on the Island of Elil to complete the quest, unaware that all that awaits him at the end is Alquazar’s treachery. Directed by Kevin Connor (The Land That Time Forgot) and co-starring Peter Cushing (At the Earth’s Core), Capucine (The Pink Panther), Mickey Rooney (Ambush Bay) and John Ratzenberger (TV’s Cheers).