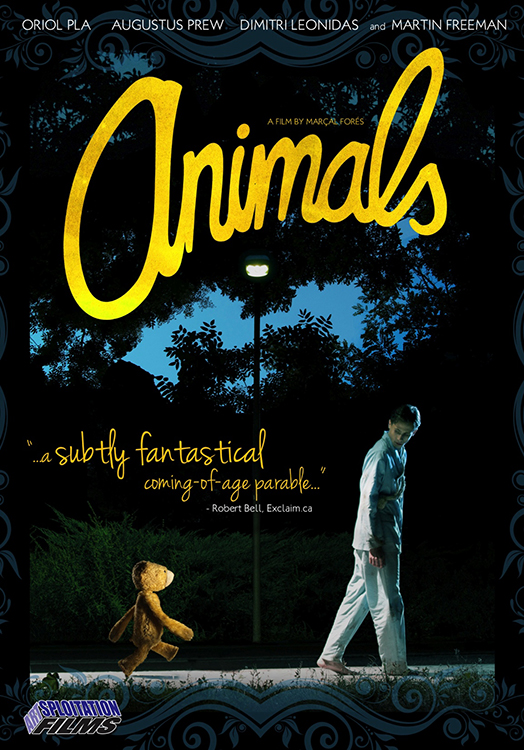 This very unconventional coming-of-age tale is an intoxicating blend of fantasy and cold reality as it follows shy teenager's perilous period when exciting but troubling sexuality enters into his formerly innocent world. Seventeen-year-old high-schooler Pol has stubbornly extended his childhood, aided in no small measure by his opinionated, drums-playing, English-speaking pet teddy bear Deerhoof. But when he meets alluring new student Ikari, the safety of Pol's innocent imagination crumbles he experiences his first pangs of love and sexual longing. But what will happen to Deerhoof in this new world and can Pol accept his new-found feelings? Co-starring Martin Freeman (The Hobbit, "Sherlock") as his perceptive teacher, this fresh, inventive take on first love that is funny, often bizarre and tragically intense. In English (and Catalan with English Subtitles).

"This stylishly wrought item shuttles between fantasy and realism a la "Donnie Darko"in its exploration of its protag's problematic emotional life, although too much of the lead character's delicate, self-regarding preciousness spills over into the film itself."