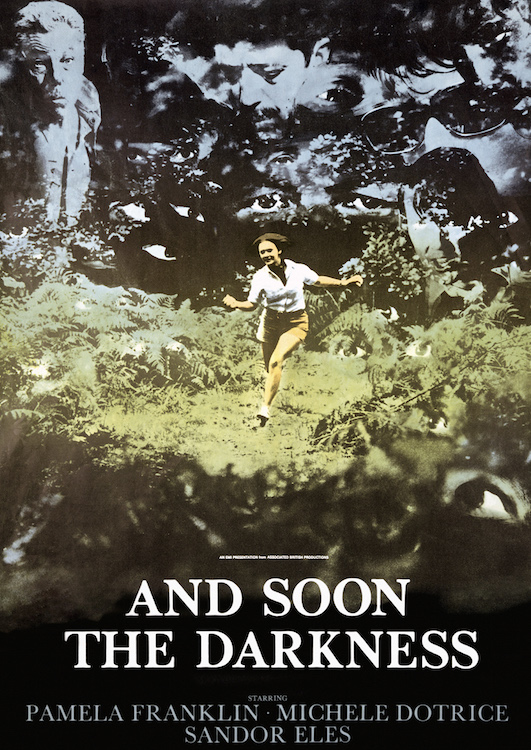 And Soon the Darkness

Brand New 4K Master! Two young British nurses bicycling through the desolate French countryside. A mysterious stranger on a lonely stretch of road. The women become separated and soon after, one of them disappears. Now the remaining girl, alone and frightened, begins an increasingly desperate search for answers among the strangely uncooperative locals. Where is her friend? Was there a murder? And as the darkness approaches, is the killer now stalking her? Pamela Franklin (The Legend of Hell House) and Michele Dotrice (The Blood on Satan’s Claw) co-star in this unsettling shocker directed by Robert Fuest (The Abominable Dr. Phibes). And Soon the Darkness remains a favorite of thriller fans for its sexual menace, sinister style and one of the most quietly chilling final twists in ’70s British cinema. Original story and screenplay by Brian Clemens (See No Evil) and Terry Nation (The House in Nightmare Park) with top-notch cinematography by Ian Wilson (The Crying Game, Below).