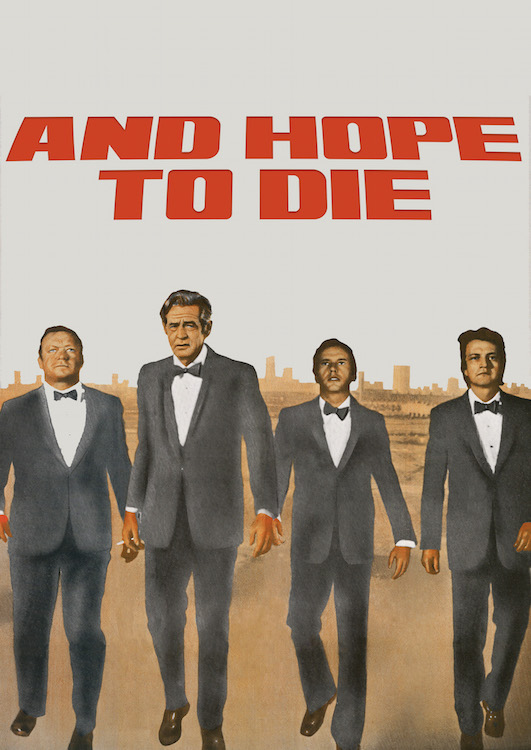 And Hope to Die

Antoine "Tony" Cardot, a young runaway French pilot, crashes his plane into a group of Gypsy children not far from Montreal. Pursued by a group of their vengeful parents, his path crosses with that of Charley, the boss of a gang planning a big kidnapping scheme. Taken prisoner by Charley and his men, Tony will become involved in the affair against his own will!