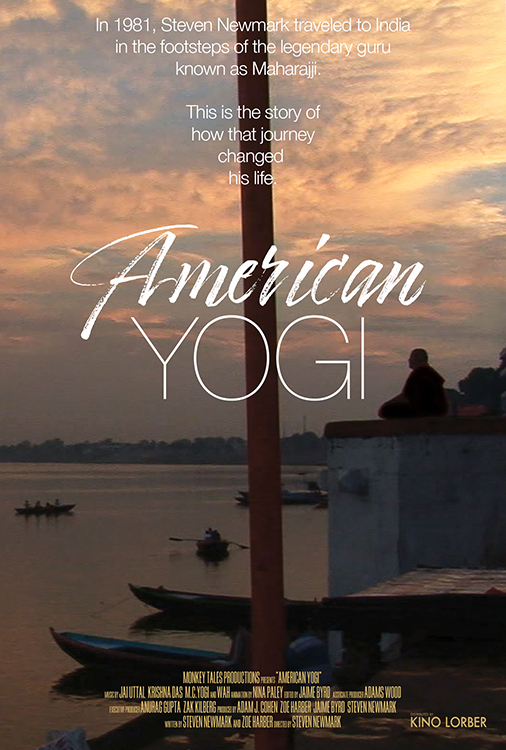 AMERICAN YOGI is a delightful autobiographical documentary about a nice Jewish boy from Miami who travels to San Francisco for the “Summer of Love” and returns a hippie. Later, as a successful but dissatisfied businessman, he discovers Ram Dass’s iconic book Be Here Now about the Indian Saint Maharajji and decides to travel to India in search of a more meaningful life. There, he comes face to face with the mind-altering world of ancient India and must choose between the miracles he sees and life as he knew it.

Director Steven Newmark, Ph.D has been a practicing psychotherapist and taught at Spirit Rock Meditation Center and Esalen Institute. He is the author Before Becoming This, a book about Eastern Philosophy that Deepak Chopra called “insightful and joyful.” Music by Grammy-nominated musicians Krishna Das and Jai Uttal.

"American Yogi will open your heart and just might change your life."