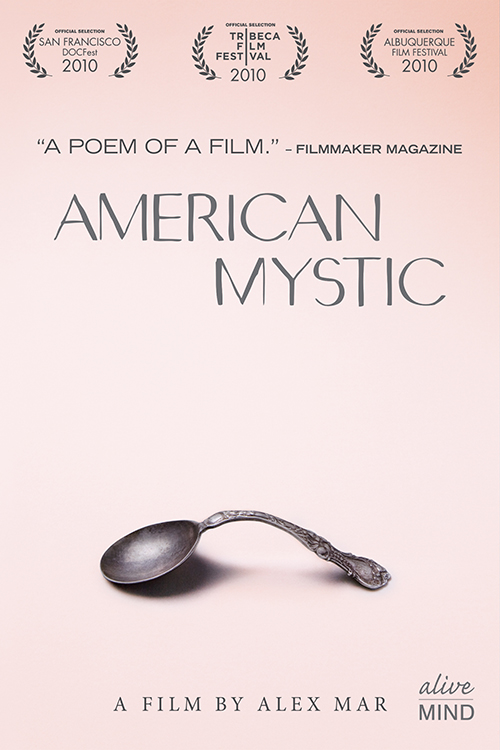 Set against the rich, color-soaked backdrop of America's rural landscapes, Alex Mar's lyrical first work is a bold and artful documentary that braids together the stories of three young Americans who have chosen to sacrifice comforts in order to embrace the fringes of alternative religion. The subjects include Chuck, a Lakota Sioux sundancer in the badlands of South Dakota; Morpheus, a pagan priestess living off the grid in northern California!s old mining country; and Kublai, a Spiritualist medium in the former revivalist district of upstate New York. In the radical, separatist spirit of early America, each has extracted himself from the mainstream in order to live immersed in his faith and seize a different way of life. Mar takes a personal, visually lush approach, enveloping the viewer in the subjects experience of their controversial faiths through their own words, their rituals, and the sprawling, majestic imagery that makes up each of their worlds.

"Mar's film is lyrical, drenched in a purely American atmosphere of rural and rustic wonders" - TWITCH

"Mar's sensitive approach yields a poetic film about people's struggle to maintain their deeply held beliefs in a world that doesn't share them." - IFC, THE INDEPENDENT EYE