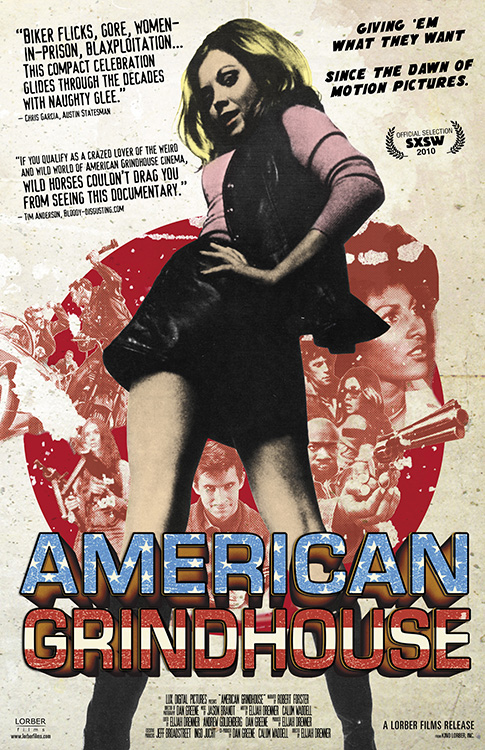 The salacious and uproarious AMERICAN GRINDHOUSE explores the hidden history of the exploitation film, those popular purveyors of cheap sex and violence. It emerged from the tents of carnie sideshows into features like Freaks, and mutated from there to change with the times. There were the rebellious teen flicks and “Nudie Cuties” of the Eisenhower 50s, bloody gore-fests and drug movies of the turbulent 60s, and the Blaxploitation boom in the 70s, echoing the Black Power movement. AMERICAN GRINDHOUSE takes a fascinating look at the films, filmmakers, shysters, and hustlers who made it all happen. Narrated by Academy Award winner Robert Forster, and boasting exclusive interviews with filmmakers, actors and critics Herschell Gordon Lewis, Joe Dante, Larry Cohen, John Landis, Fred Williamson, Kim Morgan and many more, and featuring over 200 clips from some of the most outrageous movies ever made, AMERICAN GRINDHOUSE is the most comprehensive documentary ever made on these masterpieces of the lowbrow.