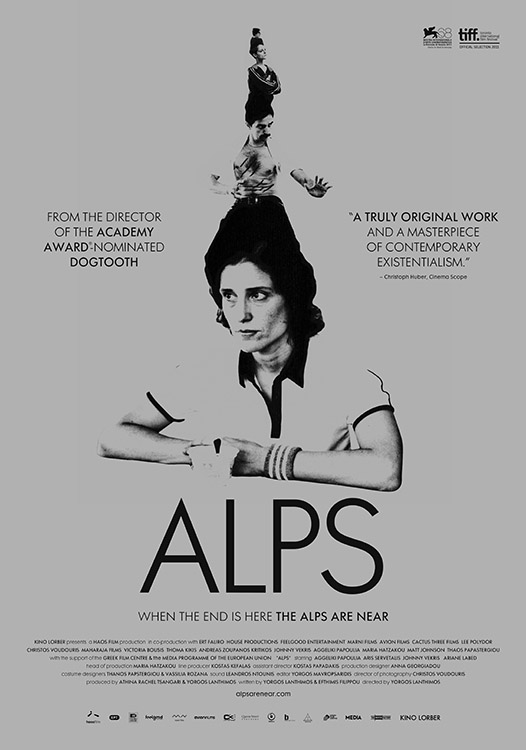 An oddball group of four people (made up of two hospital employees, a gymnast, and her coach) form a secret society that sets out to ease the grieving process for those whose loved ones have died. For a fee they act the part of the missing family member, learning their hobbies and eccentricities in order to help the customer accept their loss. But when the nurse known as Monte Rosa begins to attach too deeply to her subjects, their project spirals out of control into violence and confusion.

"With 2009's acclaimed DOGTOOTH, Lanthimos earned a reputation as the laughing mortician of contemporary Greek culture. This splendidly icy, opaque picture goes further still, showing a world nudged off its axis and an emotional topography where the signposts are backwards and the satnav scrambled." - Xan Brooks, The Guardian

"There's a pleasure to be had in watching the progress of a European auteur who has something genuinely new to say, and a genuinely new way of saying it. [The] film manages to juggle absurdist comedy with bleak tragedy, a yearning desire for human warmth with outbreaks of sudden violence, all the while maintaining an impressive control of tone." - Lee Marshall, Screen Daily

"As bizarre and elliptical as DOGTOOTH and KINETTA, and like its offbeat predecessors has an inexplicable power to draw the viewer into its hermetic web of inhuman relationships." - Deborah Young, The Hollywood Reporter