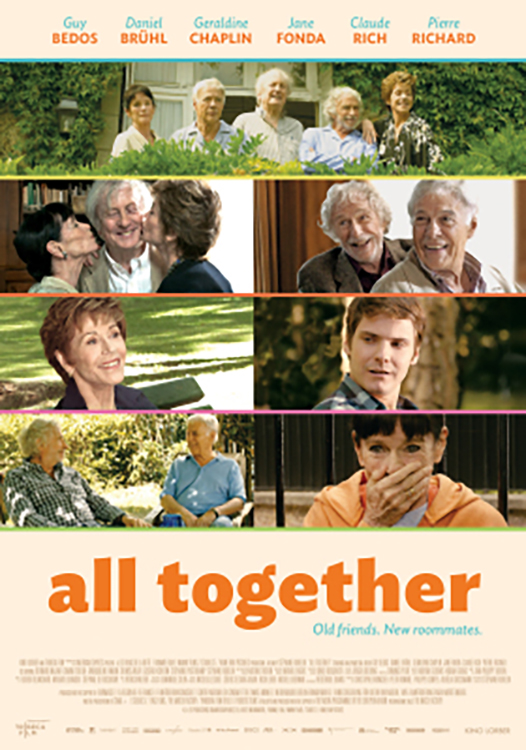 All Together (Et si on vivait tous ensemble?)

Five aging friends decide to move in together in Stephane Robelin's crowd-pleasing comedy, starring Jane Fonda (in her first French-language film since Godard's 1972 Tout Va Bien). When elderly lothario Claude (Claude Rich, THE BRIDE WORE BLACK) is put into an old folks home, his friends bust him out and start a cranky commune together, thinking they can care for each other better than anyone else. They all discover the joys of communal living, at least until old jealousies and the infirmities of age begin to pull the group apart.