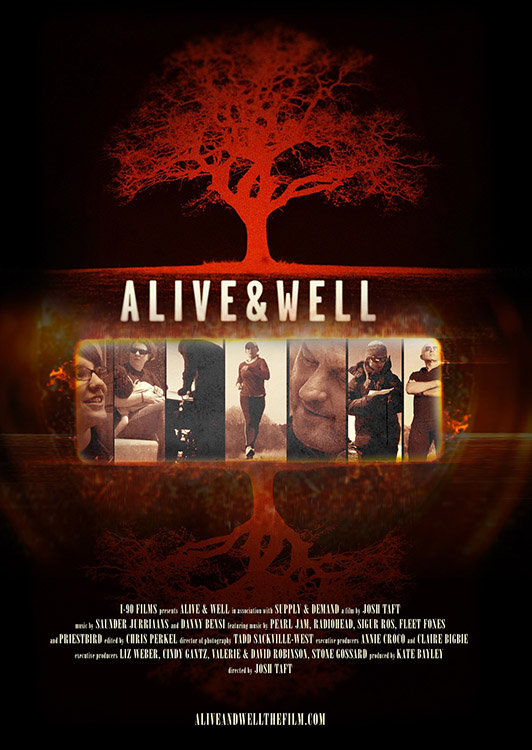 ALIVE & WELL is a powerful documentary film about the human condition, which follows seven resilient people coming to terms with the profound reality of living with the hereditary chronic illness known as Huntington's Disease (HD). Subjects in the film range from a young woman hoping to start a family , to a mother taking care of her symptomatic 6 year-old son and ailing husband; the drummer of a major country music band, a former NBC News journalist turned HD-advocate, as well as a renowned scientist relentlessly searching for a cure. Far from giving us a hopeless glimpse into life with terminal illness, ALIVE & WELL reminds us all of our ability to persevere with strength, despite life's most difficult challenges.