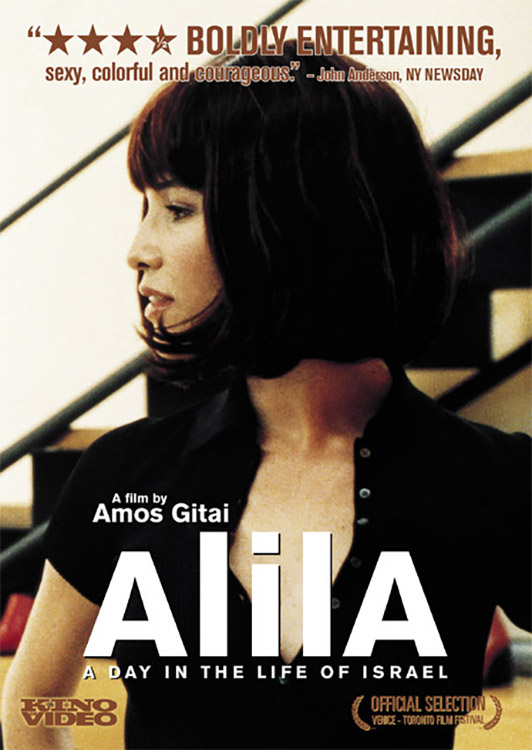 In ALILA, director Amos Gitai (Kedma, Kadosh), "Israel's one-man new wave," (The Village Voice) has created an "engaging, subtly arresting drama" (Time Out New York) that examines the lives of a half dozen residents of a run-down Tel-Aviv apartment building. This Altmanesque panorama explores, "with humor and humane spirit" (Time Out), the loneliness and deep need for connection that exists behind the closed doors of those living on the margins.

For the apartment dwellers of ALILA, every action creates a ripple unknowingly felt by all. Gorgeous libertine Gabi's (Yael Abecassis - Kadosh) loud, violent trysts with her physically dominant, emotionally unavailable lover Hezi (Amos Lavie) bring down the wrath of their disgusted neighbors. Mali (Hanna Laslo), Gabi's sole confidante, reluctantly joins her neurotic ex-husband Ezra (Uri Klauzner) in his search for their army deserter son. Ezra's illegal construction site and undocumented immigrant workers in turn prompt the hermit Schwartz (Yosef Carmon) to relive the horrors of the Nazi death camps, as his Filipino companion Linda (Lyn Shiao Zamir) helplessly looks on. Ultimately, it is the reality behind the paranoid threats of shrill neighbor Ronit (Ronit Elkabetz) that provides a unity to the concentric circles of cause and effect passing through Alila's thin walls and thick skins.

"An engaging subtly arresting drama. Captures the rhythms of the community with humor and humane spirit." - Time Out

"A wry comedy drama of contemporary Israel...Amos Gitai is back at the peak of his powers." - Jewish Week

"One of Gitai's most emotionally charged and accessible pictures..." - Screen International