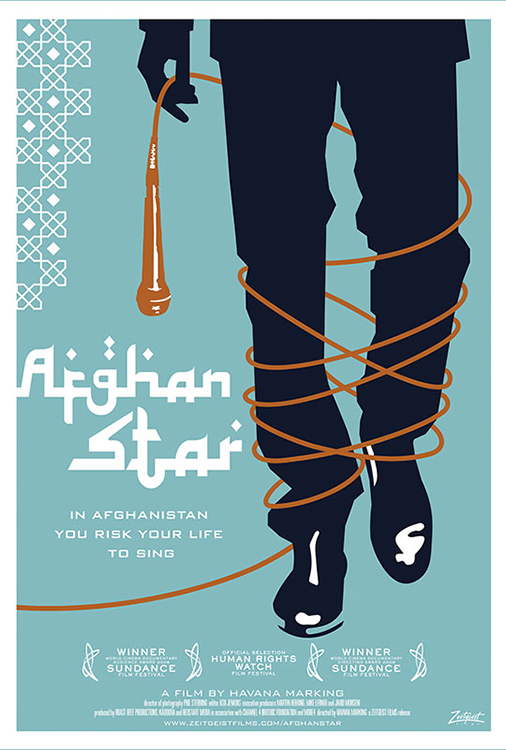 In Afghanistan you risk your life to sing. After thirty years of war and five devastating years of Taliban rule, pop culture is beginning to return to the country. Since 2005, millions have been tuning in to Tolo TV's wildly popular American Idol-style series Afghan Star. Like its Western predecessors, people compete for a cash prize and record deal. More surprisingly, the contest is open to everyone across the country despite gender, ethnicity or age. Two thousand people audition, including three extremely brave women. And when viewers vote for their favorites via cell phone, it is, for many, their first encounter with the democratic process.