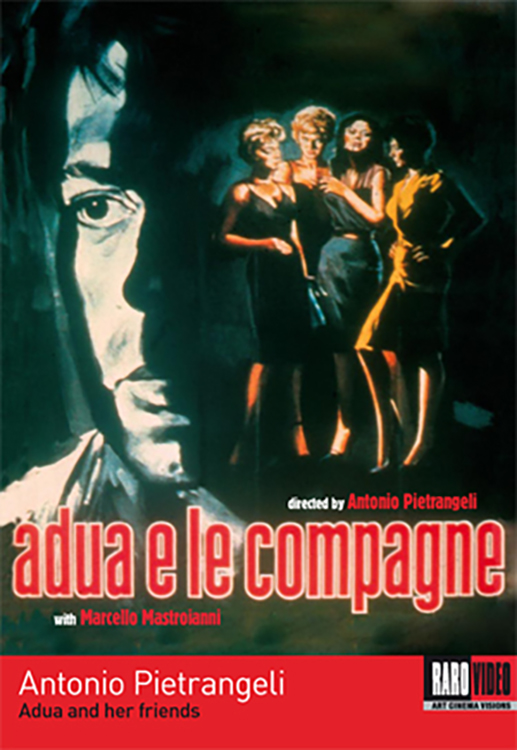 Adua and Her Friends

A rare masterpiece and a wonderful example of Italian Cinema starring two European film icons, Simone Signoret and Marcello Mastroianni, ADUA AND HER FRIENDS tells the story of four prostitutes forced to fend for themselves when a new law closes the bordellos of Rome.

They pool their savings to open a trattoria, but find they cannot get a license. A prominent fixer with connections obtains the license for them, on the condition that they conduct their old business upstairs and pay him an exorbitant monthly fee.

The works of Antonio Pietrangeli, one of the most talented members of the Italian neo-realism movement and capable of delivering gems such as ADUA AND HER FRIENDS and THE VISITOR deserves to be revisited and to be exposed to a larger international audience.