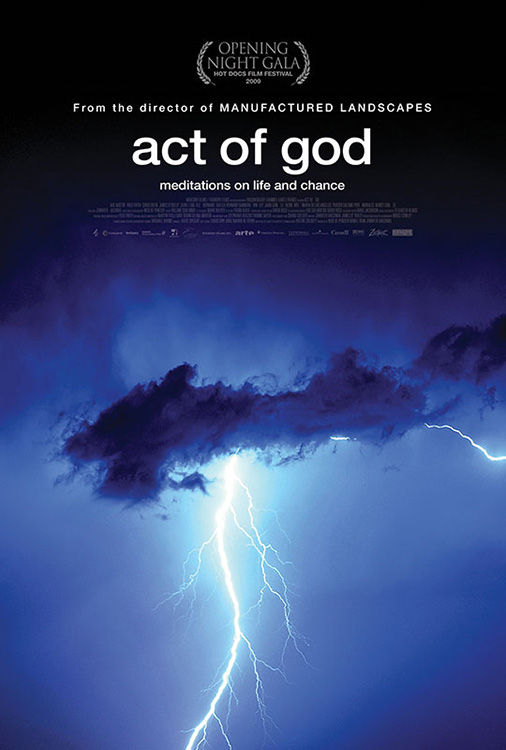 Is being hit by lightning a random natural occurrence or a predestined event? Accidents, chance, fate and the elusive quest to make sense out of tragedy underpin director Jennifer Baichwal's (Manufactured Landscapes) captivating new work, an elegant cinematic meditation on the metaphysical effects of being struck by lightning. To explore these profound questions, Baichwal sought out riveting personal stories from around the world from a former CIA assassin and a French storm chaser, to writer Paul Auster and improvisational musician Fred Frith. The philosophical anchor of the film, Auster was caught in a terrifying and deadly storm as a teenager, and it has deeply affected both his life and art: "It opened up a whole realm of speculation that I've continued to live with ever since." In his doctor brother's laboratory, Frith experiments with his guitar to demonstrate the ubiquity of electricity in our bodies and the universe. Visually dazzling and aurally seductive, ACT OF GOD singularly captures the harsh beauty of the skies and the lives of those who have been forever touched by their fury.