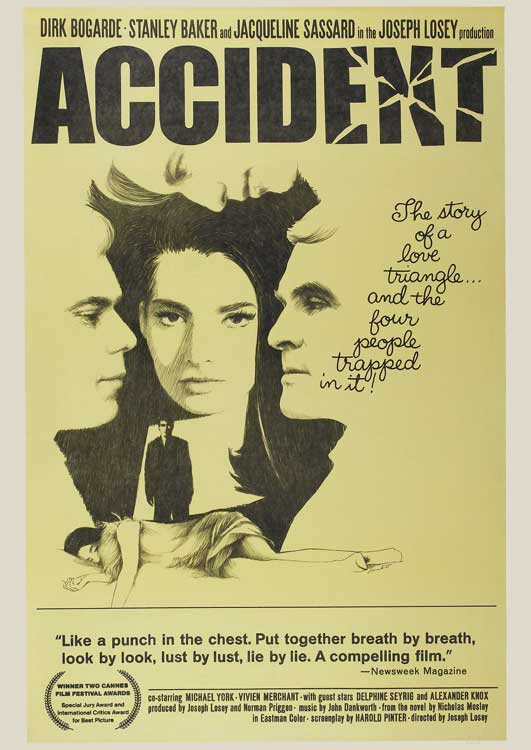 Stephen (Dirk Bogarde) is a professor at Oxford University who is caught in a rut and feels trapped by his life in both academia and marriage. One of his students, William (Michael York), is engaged to the beautiful Anna (Jacqueline Sassard), and Stephen becomes enamored of the younger woman. These three people become linked together by a horrible car crash, with flashbacks providing details into the lives of each person and their connection to the others in this brooding English drama.