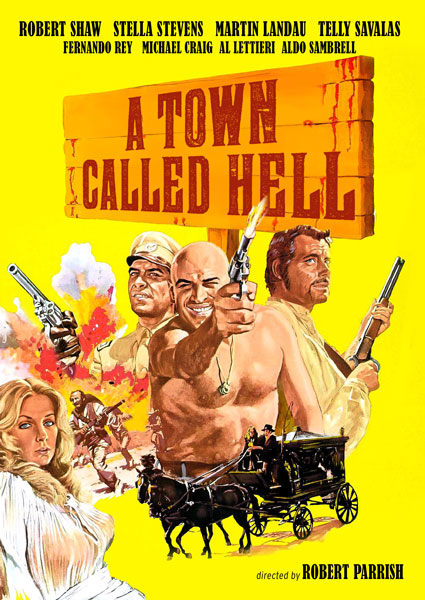 From Robert Parrish, the director of The Wonderful Country and The Destructors comes this top-notch western set during the Mexican Revolution. Greed and violence explode as a dual manhunt reaches it terrorizing climax and the "Town" becomes like a fiery hell as it is held hostage. An ex-soldier turned priest, Robert Shaw (Figures in a Landscape) shares a brutal town with Telly Savalas (The Scalphunters), a bandit with a bloodthirsty gang of sadistic killers. The stunningly beautiful, Stella Stevens (The Nutty Professor) hauntingly dressed in black arrives in town on a hearse, accompanied by a deaf-mute gunman (Dudley Sutton, The Devils) and in search of her husband's killer. Also arriving in town is a small platoon of soldiers and their Colonel, Martin Landau (They Call Me Mister Tibbs) looking for the legendary revolutionary leader, Aguila. The all-star cast also included Fernando Rey (The French Connection I & II), Al Lettieri (Mr. Majestyk) and Aldo Sambrell (Navajo Joe).