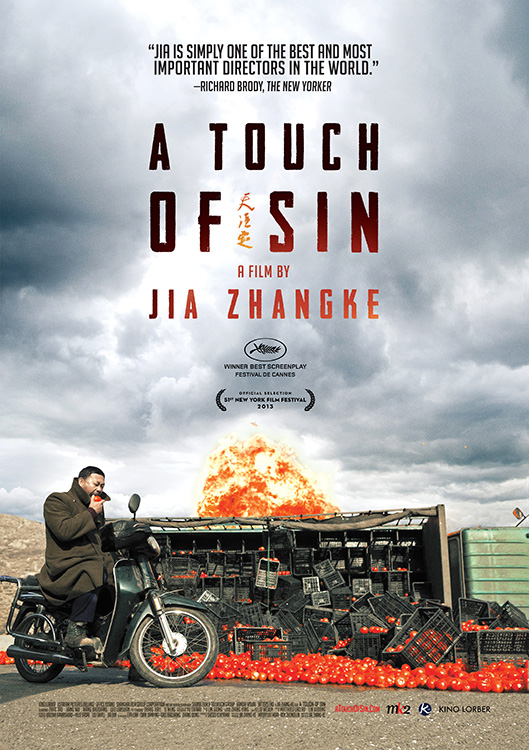 A Touch of Sin

Written and directed by master filmmaker Jia Zhangke (The World, Still Life), "one of the best and most important directors in the world" (Richard Brody, The New Yorker), this daring, poetic and grand-scale film focuses on four characters, each living in different provinces, who are driven to violent ends.

"This was one film that I gladly wished was longer. It's the best omnibus in quite some time." -- Kent Turner, FilmForward.com