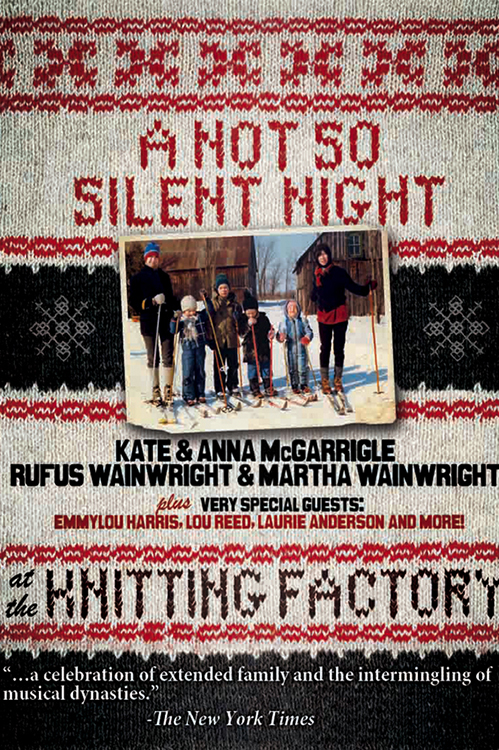 A Not So Silent Night

Direct from the Knitting Factory stage in downtown Manhattan, A NOT SO SILENT NIGHT features Kate and Anna McGarrigle in a live performance of The McGarrigle Christmas Hour, joined by Kate’s children, Rufus and Martha Wainwright. Other guests include Grammy award-winner Emmylou Harris, Velvet Underground frontman Lou Reed, and famed performance artist Laurie Anderson. An eclectic cast performing original and traditional Christmas-themed songs transports viewers through a rousing rendition of the Christmas story.

Performed by a passionate cast of talented musicians, this memorable performance captures the holiday spirit as the performers, with Christmas bows on their sweaters, link arms and sway together with the music. From an upbeat rendition of “Christmas Wrapping” to a soulful “Thank God It’s Christmas,” A NOT SO SILENT NIGHT celebrates the magic of Christmas.