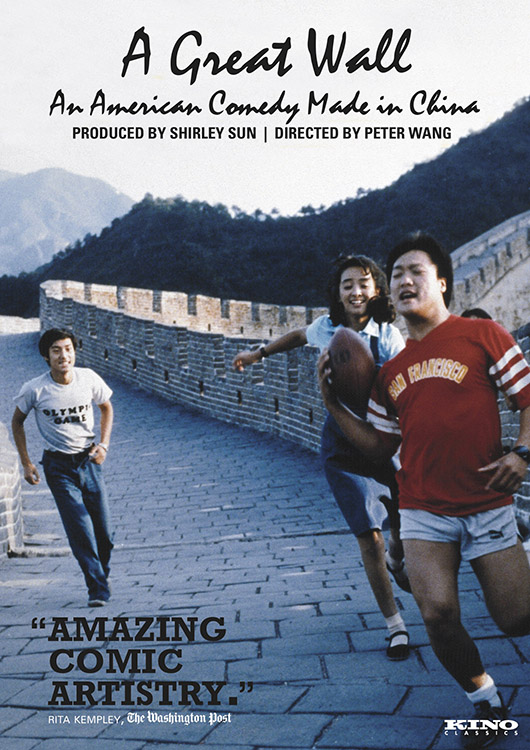 The first American movie shot in China, A GREAT WALL is a delightful comedy that was a "cross-cultural hit" (Los Angeles Times) when released in 1986. When San Francisco computer programmer Leo Fang (co-writer and director Peter Wang) is passed over for a promotion, he calls it quits and moves his family to stay with his sister in Peking. Leo nostalgically searches for the traditional China he left behind, while his son Paul (Kelvin Han Yee) charms his cousins with his seemingly wild Western ways. The culture clash develops in unexpected, hilarious directions, which all come to a head in a climactic ping pong battle.