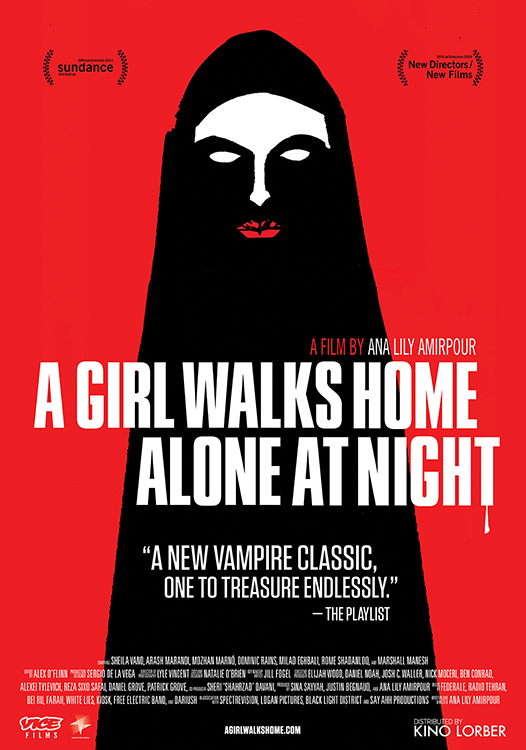 Strange things are afoot in Bad City. The Iranian ghost town, home to prostitutes, junkies, pimps, and other sordid souls, is a place that reeks of death and hopelessness, where a lonely vampire is stalking the town's most unsavory inhabitants. But when boy meets girl, an unusual love story begins to blossom...blood red.

"The biggest honest-to-God discovery of 2014." -Salon.com

"Even as Ms. Amirpour draws heavily from various bodies of work with vampirelike hunger, she gives her influences new life by channeling them through other cultural forms, including her chador-cloaked vampire.." - New York Times