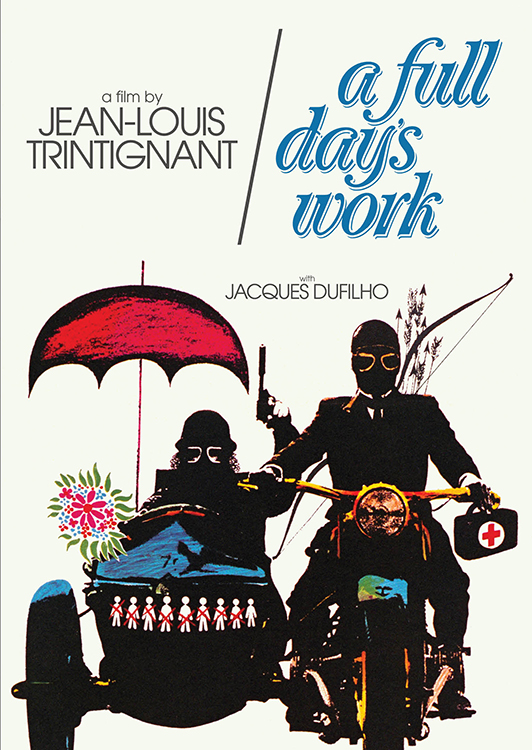 In this black-as-night French-Italian comedy, Jacques Dufilho (Nosferatu the Vampyre) plays a father who has carefully planned the execution of the nine jurors who sent his son to the gallows. Dressed in black, on a black motorcycle with his elderly mother (Luce Marquand, Last Tango in Paris) in the sidecar, the vengeful man calmly and methodically does away with each of the nine in the span of a single day—before the police or anyone else can stop him. Maestro Bruno Nicolai (All the Colors of the Dark, The Antichrist) scored this anarchic and audacious film featuring wildly imaginative murder set-pieces concocted by legendary actor Jean-Louis Trintignant (The Conformist, And Hope to Die) in his directorial debut.