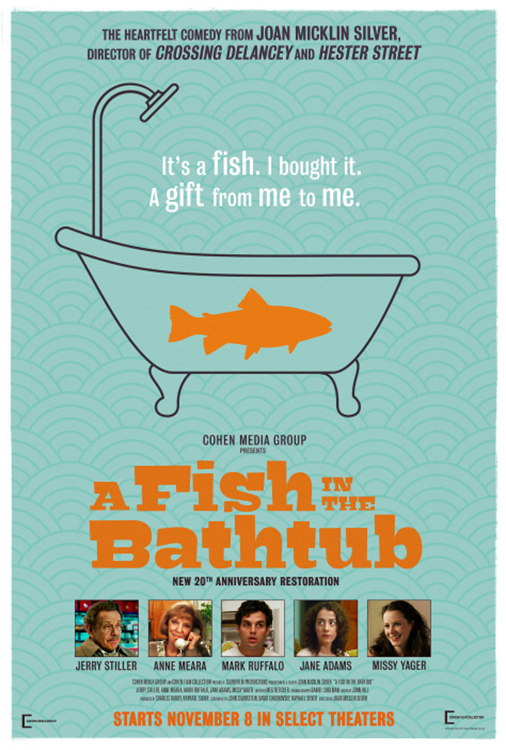 A Fish in the Bathtub

Cohen Film Collection is proud to present a new restoration of this Joan Micklin Silver (Hester Street) romantic comedy. In their first film appearance together, real-life husband and wife comedy team Jerry Stiller and Anne Meara star as a couple who have been driving each other crazy for 40 years. Retired and depressed, former shop owner Sam (Stiller) is getting on Molly’s (Meara) last nerve. When he refuses to move the pet carp he’s keeping in their bathroom, Molly leaves him and moves in with her son, Joel (played by Mark Ruffalo), who’s dealing with marital problems of his own. The result is a laugh-out-loud comedy about the trials and tribulations of marriage and family life - and how to stay in love through it all.