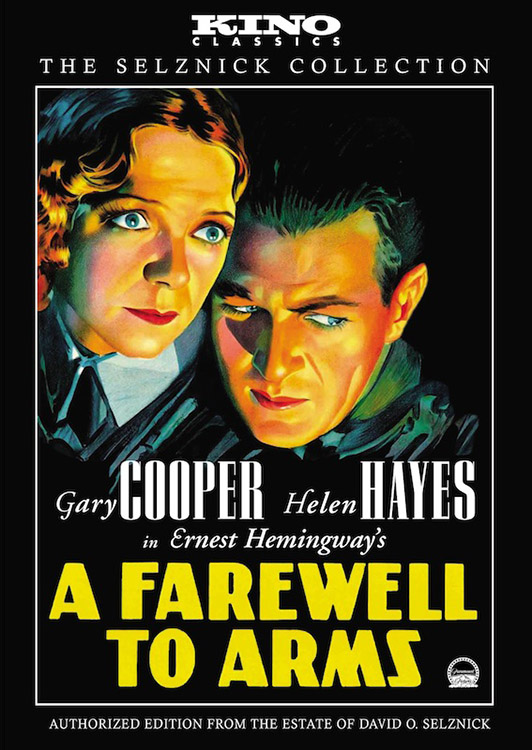 A Farewell to Arms

A ravishing adaptation of Ernest Hemingway's legendary novel, A FAREWELL TO ARMS (1932) stars Gary Cooper (High Noon) as Lt. Frederic Henry, a young ambulance driver for the Italian army in WWI, more interested in chasing women than the enemy. When seeking cover during an air raid, he encounters Nurse Catherine Barkley (a radiant Helen Hayes), and the world shifts under his feet. They fall in love, but the war keeps wrenching them apart. These painful separations force Frederic to choose between love and battle, a decision that tests him morally and spiritually, and leads to one of the most rapturously romantic endings of all time.

Directed by the great Frank Borzage, winner of Best Director Oscars for 7TH HEAVEN (1927) and BAD GIRL (1931), A FAREWELL TO ARMS was a Best Picture nominee, and one of the crowning achievements of the studio system. Also a nominee for Best Cinematography, Best Sound, Recording, and Best Art Direction.