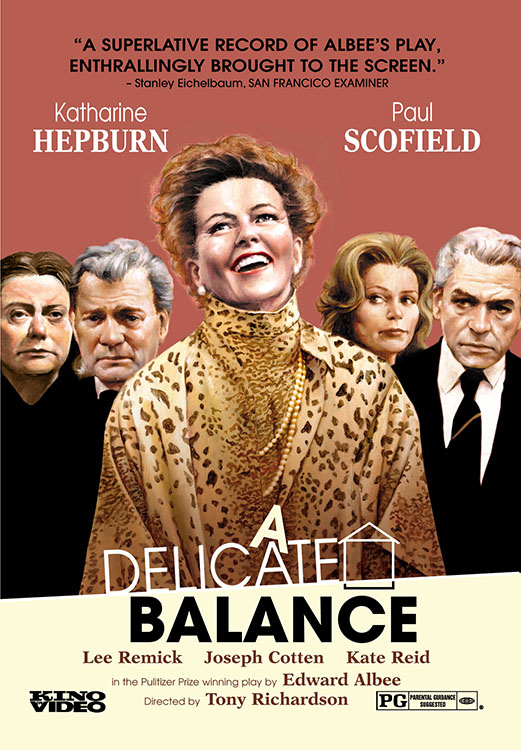 Agnes (Hepburn), as domineering and sarcastic as her husband Tobias (Scofield) is equivocating and guarded, finds her empty Connecticut nest invaded. First, Claire, Agnes' alcoholic sister (the scene-stealingly brilliant Kate Reid), arrives to bitterly spar with her more stable sibling. Then, Agnes and Tobias' luckless in love daughter Julia (Remick) returns home on the heels of yet another failed marriage. But the fuse on this upper-middle class powder keg comes in the form of friends Harry (Cotten) and Edna (Betsy Blair), who appear on the doorstep seeking shelter from an ephemeral emotional cave-in that has left them terrified, for reasons they can't name, of being alone.

Harry and Edna's solace becomes Agnes and Tobias' undoing as two generations raised to need love, not to give it, and who use language to dissect truth and feeling, not to share it, turn first to each other -- then against each other. Albee's musically attuned dialogue is showcased with a sensitivity and savagery that Richardson's intimately filmed visualization focuses on with unflinching clarity. As each self-blinded character ignores the achingly bared soul of the others, Albee's living room demolition derby leaves no one intact.